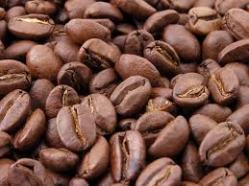 Earlier today, I had lunch with an old friend, who has become a very successful entrepreneur.  A new business he has started up this year is his own brand of premium coffee, which he has successfully taken into big name stores like Costco and Longo’s, to name a few.  We were speaking about coffee (specifically about caffeine in coffee), and I commented that I believe one of the main reasons the drink is so popular is not necessarily the taste, but the fact that people are addicted to the caffeine, and associate their “fix” of caffeine with the taste.  Caffeine, then can be seen as a “legal drug” (a phrase my friend has actually trademarked), in the sense that it is addictive, yet perfectly legal to sell, purchase, and use, in any quantity.

Since I began working with higher level soccer players about 8 years ago, I became interested in, and began doing research on, nutritional supplements that may give a performance-enhancing edge to the players.  One supplement that I frequently cam across was caffeine, which has been shown (in very small, safe, and legal doses) to provide a significant increase in endurance, as well as in the function of the central nervous system, in athletes.

Because soccer is a sport in which the aerobic system plays a huge role delivering energy to the body, and because caffeine is a safe and very commonly consumed substance with no negative short- or long-term side effects when taken in small doses, it seemed logical to me that it would be worthwhile for soccer players to use caffeine as a means of improving their aerobic endurance before training and games.

I have since written and published articles about caffeine use and its benefits for soccer players, which can be viewed here:

Parents’ Guide to Caffeine Use for Soccer Players

I won’t bore you with all the details if you don’t want to read them, but below are my guidelines (taken from the article) for caffeine use in soccer:

– take minimum dose of 75mg (about 1 cup of coffee); maximum dose of 4mg per kg of body weight, 30 minutes prior to start of competition

– take minimum dose of 2-6mg per kg of body weight, 30 minutes prior to competition

It must be noted that caffeine is presently listed as a banned substance by the International Olympic Committee (IOC), and the NCAA / CIS (American and Canadian University athletics associations) but not the World Anti-Doping Agency (WADA).  The quantity at which caffeine is considered banned, however, is 15 mcg (micrograms) per mL (milliliters) in a urine sample.  In layman’s terms, this concentration would be the equivalent of a dose of 8 or more mg per kg of body weight (or the equivalent of 10-15 cups of coffee).

Please let me know your thoughts.  Drop me a line here to get the conversation started!