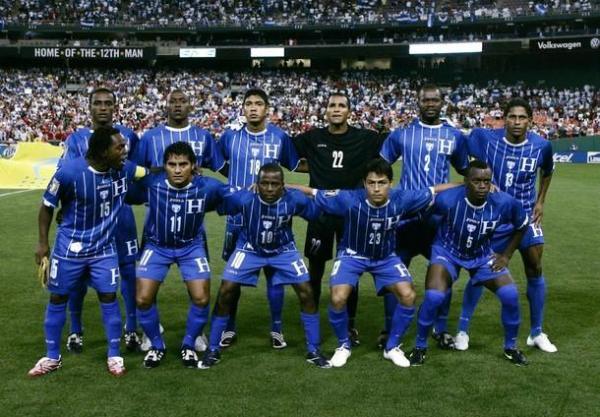 Because this is a World Cup year, I have decided to countdown to the tournament by providing a short soccer/fitness related preview of each of the 32 participating nations. In this installment, I will look at Honduras, a small Central American nation that qualified at the expense of my native Canada, among others in the CONCACAF region.   Honduras are drawn in a group that includes Switzerland, France, and Ecuador, and they play their first match against France on June 15th.

The Hondurans had a tough route to qualification for the World Cup.  In the final stage of the CONCACAF qualification tournament, called the “hexagonal” because it includes six teams, Honduras started brightly by beating the United States 2-1.  Next came the first of their 2 matches against rivals Mexico (the 2nd game against the Mexicans would prove to be pivotal for Honduras’ qualification hopes).  They fell behind 2-0 before half time, but fought back hard with 2 second half goals, to earn a 2-2 draw and a valuable point.  Later on in qualification, Honduras had a streak of bad luck playing away from home, losing to Panama (2-0), Costa Rica (1-0) and the United States (1-0).  Following these defeats, they traveled to Mexico City, to play Mexico in the famous Azteca Stadium, a venue which is notoriously difficult for away teams both because of the huge crowds (over 115,000 people), altitude (2400 metres above sea level) and pollution.  Honduras fell behind again, 1-0, before rallying to score 2 goals and win the game 2-1.  5 points from their final 3 games (against Panama, Costa Rica, and Jamaica) were enough to see them through, ahead of Mexico in the table with 15 points to Mexico’s 11.

Honduras’ 2 come-from-behind wins against the Mexicans represent a critical strength of their National team.   Statistically at the World Cup, teams who concede the first goal are 40% more likely to lose the game.  If the goal deficit then moves to 2 goals (as it did in Honduras’ first qualification match against Mexico) the probability of losing goes up to 67%.  Thus Honduras, who came back from both 1-0 and 2-0 deficits, have proven themselves to be a formidable threat regardless of how they start the game.  With group matches against tough European opponents France and Switzerland, plus a strong South American side in Ecuador, the Hondurans may find themselves behind and having to come back again.  We will have to wait and see what happens in 1 month’s time.