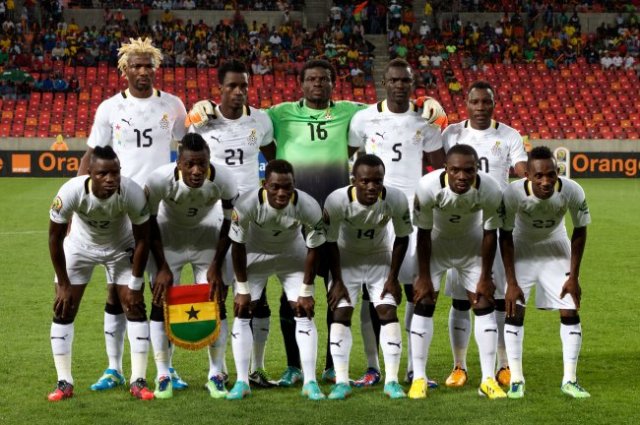 Because this is a World Cup year, I have decided to countdown to the tournament by providing a short soccer/fitness related preview of each of the 32 participating nations. In this installment, I will look at Ghana, one of the strongest teams from the African continent.  Ghana have been drawn in Group G, largely considered the “group of death”, which also includes Germany, Portugal, and the United States, and they play their first match against the United States on June 16th.

When researching a World Cup team, I typically want to know how and why the players were selected.  In sports science research this topic, termed “talent identification”, gets a lot of attention because coaches and fitness coaches always want to know what the current trends are, and in turn how they may be able to gain an advantage in selecting their teams.  Upon reviewing the dates of birth of the players on the Ghanaian roster, one thing immediately stood out to me; less than 10% of the players selected are born in the first 3 months of the year (January/February/March)

Several recent studies on talent identification looking at soccer as well as other sports, have indicated that, on average, between 35-50% of the players selected are born in the first 3 months of the year.  While there may be several explanations for this fact, the most likely one is that coaches are identifying and selecting players who are chronologically “older” mainly because they are physiologically more developed (bigger, stronger, faster), rather than because they have more ability or talent.  This selection bias towards physically developed players could very likely be unintentional.  The problem with the “traditional” method of talent identification – especially when it is used with youth players between the ages of 10-17 – is that the rates of growth of players in these age categories can be variable.  In some cases, a team with players born in a particular year can be 4-5 years apart developmentally.  Unfortunately, players who are born in the later months of the year (who may be very talented, but developmentally behind the chronologically older players) can get left out of the higher levels of the sport at a very early age.  At the National team level, no coach wants to be faced with the prospect that they have unintentionally diluted their talent pool by being biased towards players who are bigger, stronger, and faster at younger ages.

All of this brings us back to the Ghanaian National team.  Of the 26 payers on their roster, the birth months are as follows:

Clearly, the Ghanaian youth development system is providing a pathway for players born in the later months of the year, who may be “late developers” based on their age of peak height velocity.  Have they selected the right team to take them out of the group of death?  We will have to wait and see what happens in 3 weeks’ time.