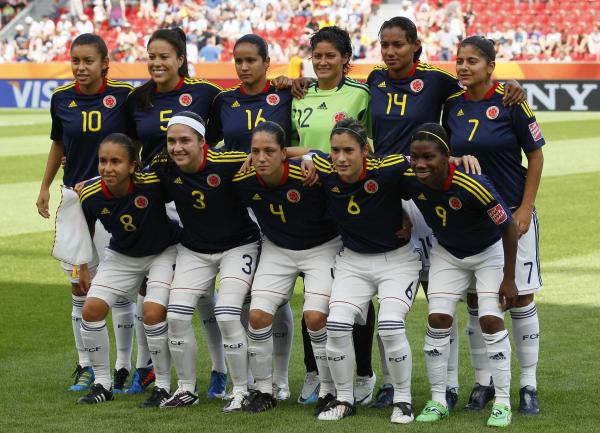 Because this is a Women’s World Cup year, I have decided to countdown to the tournament by providing a short soccer/fitness related preview of each of the 24 participating nations. In this instalment, I will look at Colombia, who are making their seconds appearance at the Women’s World Cup (their first was in Germany in 2011, in which they failed to advance past the group stage) . Colombia have been drawn in Group F, along with England, France, and Mexico. They will play their first match against Mexico on Tuesday, June 9th, 2015.

Colombia is an emerging nation in South American women’s soccer, having finished as runners up in the 2014 Women’s Copa America tournament to winners Brazil.  Among the strengths of the Colombian team is their central midfield play-maker, Yoreli Rincon.  At only 21 years of age, she was voted player of the tournament in the Copa America, and she had a hand in almost all of Colombia’s 12 goals in their 7 matches played, either as scorer or with an assist.  Rincon is one of the most creative women’s players in the world, and she is a traditional “number 10” player who is most comfortable playing in the hole behind two central strikers.  Below is a highlight video of some of her best plays in recent years.

Can the strong play of Colombia’s number 10 help them to advance past the group stage this year?  We will have to wait and see what happens in 1 month’s time.  I’d love to hear your thoughts about this topic.  Drop me a line here to get the conversation started.