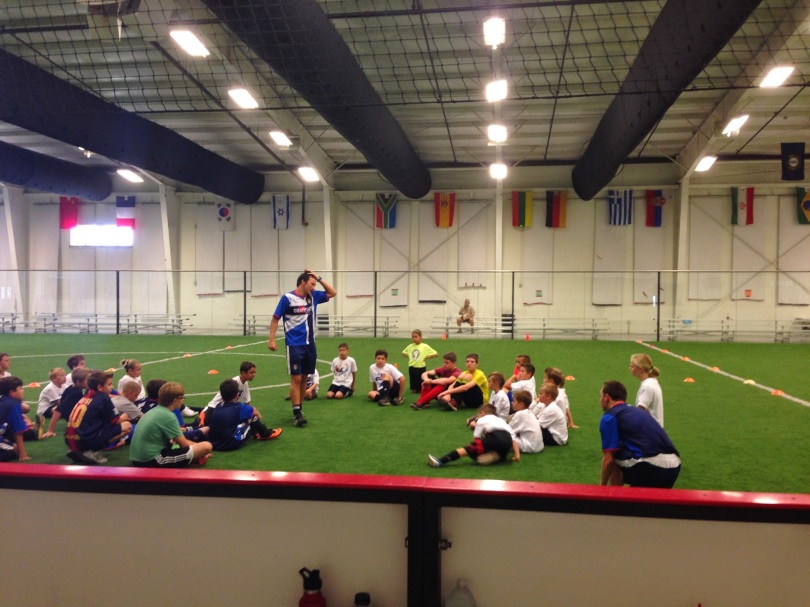 Today is Monday, March 21st, and included amongst the upcoming milestones this week is not just the first day of spring, but also the end of the March Break (which in 2016 ran from Monday, March 14th until Sunday, March 20th).  In Canada, the March Break is a time during which students between the ages of 5-18 have the privilege of a week-long break from school and oftentimes, a planned family vacation.  For many youth soccer players in Ontario and Canada, however, March Break is not really a break at all.  Instead, it is a time when they end up participating in an abnormally high volume of soccer training and match play.

Typically, Canadian youth players are not required to attend their regular weekday evening training sessions during the March Break, either because they have been cancelled altogether, or because attendance cannot be made mandatory due to the holiday.  Inserted into this void in players’ schedules are March Break soccer camps, comprising upwards of 6-8 hours per day (30-40 hours per week) of soccer training.

Objectively speaking, there is simply nothing productive that can come from participation in a week-long soccer camp.  Any skill that may be taught or trained in a March break camp, whether it is technical (dribbling, passing, shooting), tactical (game awareness, position-specific skill), or physical (speed, strength, endurance), cannot be rushed.  Basically all relevant scientific evidence in the fields of skilled performance and motor learning, as well as physical fitness training, has indicated that it takes several weeks, months and, in some cases, even years, of dedicated practice to improve these skills and physical abilities.  Adaptations to the body’s neurological, physical, and physiological systems which govern these abilities occur gradually, so the amount of practice hours required to improve them must also accumulate gradually in order for improvements to take place.  Thus, the idea that training for several hours per day over a one-week period will somehow accelerate the development of technical, tactical, or physical skills in youth soccer players is contrary to factual evidence – it doesn’t work.

A larger problem with week-long March Break soccer camps is the high volume of training that players are subjected to, which typically comprises up to 3-4 times the amount of physical activity that they are accustomed to getting during their regular weekly schedule.  For example, most high-level, standards-based soccer programs in Ontario will require players to participate in three to five 1½ to 2 hour training sessions per week, and possibly an additional 60-90-minute match per week.  Even at the highest level, this would represent a total volume of 12 hours of soccer per week.  In a March Break soccer camp, where training typically takes place from 9:00am to 4:00 or even 5:00pm, players will have accumulated their regular weekly volume of soccer training by the middle of the second day.  By the fifth day, they will have accumulated somewhere between 30-40 hours, which represents a 3-4x increase in the volume of training they are accustomed to.  Unfortunately, there is no way for players to make this kind of an increase in training volume without at the very least suffering decreases in physical, physiological, and psychological performance.  In the worst cases, increasing volume will lead to overtraining, burnout, and eventually, to injury.

Armed with these objective facts, youth soccer clubs and academies in Ontario should consider the following alternatives to the typical week-long March Break soccer camp:

The development and improvement of soccer skills is a process that requires several months’ and years’ worth of dedicated practice hours.  These practice hours must be accumulated gradually, through the use of a training volume that is reasonable and sustainable based on players’ typical weekly training schedules.  A large increase in soccer training volume, as is typically seen in week-long March Break camps, is counter-productive to optimal player development.  Soccer clubs and academies in Ontario and Canada should consider more healthy alternatives to the traditional week-long March Break soccer camp, which will allow young players to fill the void left by the break in school without putting them at increased risk of overtraining or injury.