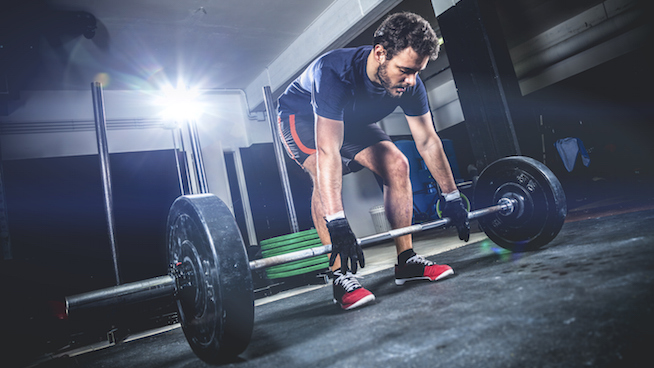 The deadlift is an essential compound exercise within a strength and conditioning program. In general, the deadlift offers many positive contributions to an athlete’s training and functional abilities.  Because it is a closed chain exercise, the deadlift is  often used for preventative and rehabilitation purposes. The deadlift is often debated as being a high risk for reward exercise, however, leading researcher Dr. Stuart McGill clarifies the significance of the exercise for us in strength and conditioning programs for athletes.  Dr. McGill refers to the deadlift as a posterior shift exercise maximising the potential to activate the gluteus maximus, a prime mover with respect to hip extension (McGill, 2006).

Increasing the effectiveness of the deadlift is primarily based on achieving correct posture while performing the exercise.  A key postural cue for athletes in keeping a neutral spine, this position is transferred to all different variations of the deadlifts (Eg: sumo, stiff leg, dumbbell or bar). A neutral spine position pulls the spinal column in a normal curvature keeping tension on the muscles instead of ligaments.  Adams and Dolan (1995) provided insight to avoiding injury during an anterior loaded exercise such as the deadlift (Adams & Dolan, 1995). Muscles commonly used in a deadlift such as the erector spinea and latissimus dorsi are primary postural muscles which eliminate flexion of the spine. The research suggests that keeping a neutral spine will eliminate the possibility of shifting the muscle function to the ligaments which are not meant to resist high loads. Adams and Dolan suggest avoiding full lumbar flexion which may allow for decreased risk and increased effectiveness (Adams & Dolan, 1995).

For simplicity, the most common deadlift motion is powerful hip and knee extension through loaded posterior chain musculature. The muscles which perform these movements play a critical role in soccer-specific movements such as vertical jump in a header and explosive acceleration to chase a ball down or close down the space between opposing players while defending.  Including deadlifting into a soccer player’s periodization program would allow them to achieve great performance benefits, as it would allow them to improve the effectiveness of these movements.

Many top strength and conditioning coaches incorporate the deadlift into a soccer player’s regimen for several different reasons, but the main reason it is used is to build general strength to allow an athlete to generate power more efficiently. Strength and power are two terms commonly mistaken as being the same, however, many differences exist between the two.  The force-velocity curve (see below) is a graph that represents the hyperbolic curve relationship between force (y-axis) and velocity (x-axis). Zatsiorsky and Kraemer (2006) explain the specificity in periodization programs to allow athletes to attain the adaptions gained in training to transfer to their sport (Zatsiorsky & Kraemer, 2006). The training specific to one end of the spectrum sometimes allows adaptions at the other end. While trying to increase strength, one must lift heavy loads which can only be done at slow speeds, but when trying to increase power or speed, one must lift lighter loads in explosive style lifts. 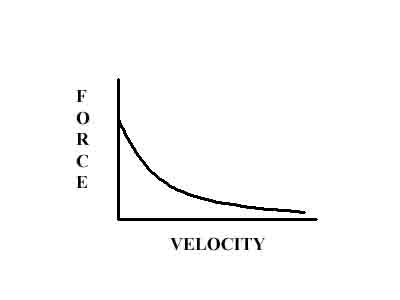 When taking a closer look at the force-velocity curve, it is critical that athletes train to shift that curve to the right, which means that as time gets closer to the season, players have increased their strength to a level which helps optimise their speed and power. A challenge with this type of training is that athletes cannot optimally train strength while at the same time doing power or speed work, and conversely, power cannot be optimally trained while continuing with strength training.  Vladimir Issurin (2008) found that using a “block” periodization for sports such as soccer that depend on key characteristics like speed and power, to be critical for players playing at high levels.  The “block” periodization model is based on training residuals and how long the training adaptions can be maintained without de-training (Issurin, V., 2008).  Physiological adaptions such as improving aerobic endurance, anaerobic ability, as well as maximal strength, all take longer to de-train opposed to motor skill adaptions such as maximal speed (Issurin, V. 2008). Therefore, those characteristics are trained earlier and as the athlete approaches their season, maximal speed and strength endurance work specific to the sport are added in.

Moving through a block periodization program for a soccer player would begin in the offseason; accumulation phase is step one. A deadlift exercise would be incorporated into the accumulation phase as training focus is to build basic strength and hypertrophy to set up for greater training intensity in future mesocycles. The accumulation phase –  as the name suggests – is a high volume and low intensity phase. During this phase, the deadlift exercise would be done using low loads and more sets and reps. Variation throughout the first phase can be done using different types of deadlifting techniques throughout the microcycles (weekly) to add variation.  Athletes then move from the accumulation phase to the transmutation phase which incorporates more maximal strength and power work. During the transmutation phase, medium load and medium to high intensity is used. The reason for the transmutation phase is to focus the training stimulus to adaptions more specific for performance.  The last stage would be realisation phase; the focus during this phase is power and speed.  The training volume is to remain low and training intensity is to be high.  Lowering the training volume during this phase allows for the accumulated fatigue to dissipate and specific training adaptions to be realised (NCSA).

Through the use of a block periodization, with a progression from phases starting with accumulation, to transmutation, to realisation, soccer players can incorporate the deadlift exercise into their routines and achieve improvements in performance. A specific goal of the use of deadlifts in a block periodization is to move the force-velocity curve towards the right side of the graph. This will allow athletes to increase the amount of force they can produce, at any given velocity or speed, and ultimately will allow them the opportunity to achieve peak levels of strength, speed and power simultaneously through a residual training effect (Hoffman,J. 2012).