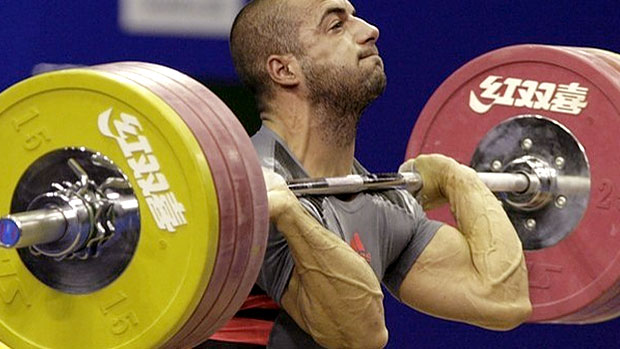 Olympic lifting – specifically, the power clean exercise – is widely becoming a very popular method of training for both individual and team sport athletes.

The power clean exercise is an exercise which increases power and strength and works the legs (glutes, hamstrings, quadriceps, calf) as well as the lower back (erector spinae) and shoulder muscles (deltoids, biceps). It is an exercise wherein the individual sets up in a squat position, lifts the weight up and uses momentum to get the bar up to shoulder level.

Some controversy exists over whether or not these lifts and movements should be incorporated into soccer players’ training routines.  Those in favor of using them will point out how the lifts can improve running speed and jump height, both of which are essential to optimal performance in soccer.

Those against using them will probably say that the lifts take too long to learn, and too much time out of a players’ training routine, which could otherwise be spent on the field, doing specific conditioning exercises which are more important and specific to the sport.

A recent study by Karsten et. Al (2016) which was published March 25th of this year assessed the effect strength training had on a variety of running tests including the Yo-Yo Intermittent Recovery Test, which mimics the sprinting/activity pattern common in soccer games. A high score in this test indicates greater aerobic capacity, which has a strong correlation to lowered fatigue levels and better athletic performance among soccer players.

The researchers divided two recreational soccer teams composed of thirteen players into two groups; one performed only soccer specific training drills while the other did the same drills in combination with a strength training regimen over a 6 week period.

The strength training group trained both upper and lower body through a variety of exercises ranging from 60-75% 1RM. The study determined that the group who trained with resistance in combination with soccer-specific training outran the no-strength group in the Yo-Yo Test and other cardiovascular performance tests. The report found a 2.9% increase in cardiovascular performance following the 6-week training program.

Researchers attributed this increase in players’ cardiovascular capacity to the strength training component of their training. Power comes from having a high level of strength, therefore improving strength will allow for faster sprint times, as well as an increase in aerobic capacity when the running is done at high intensities (such as in the Yo-Yo Test, as well as in soccer games).

It would appear that, based on the evidence, including power cleans and other resistance exercises into a soccer player’s training routine will help to optimise speed and high intensity running ability, which in turn will improve on-field performance.