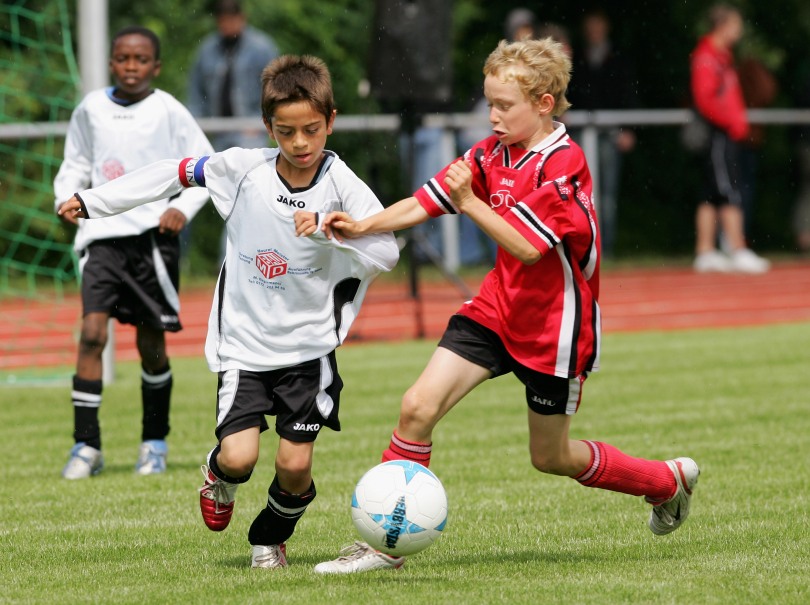 On the first day of my FIFA 11+ Instructor Training Certification course in 2016, Matias Eiles, a FIFA Instructor and Coach Educator with the German Football Federation, told us that in his country, they have 1 National Team, but 80 million “National Team Coaches”.  While he seemed to be hinting that this problem – whereby literally everyone in the country considers themselves to be a “soccer expert” – was unique to Germany, upon hearing it I instantly felt that the same sentiment could easily be expressed here in Canada.

Everywhere you go in this country, you will find soccer coaches, parents, players and fans expressing their dissatisfaction with the lack of success of our Canadian Men’s National Team, as well as providing their opinions about what needs to change if we are to improve and become more competitive with the rest of the world.

Youth soccer coaches working in our amateur clubs and academies, in particular, will shoulder much of this burden, because they are the ones responsible for providing young soccer players with the foundation of technical skill, tactical knowledge, fitness, and mental toughness that will be required of them if and when they progress on to the international level.  While it may be fairly easy to point out what is wrong with the Canadian soccer system, developing strategies which individual soccer coaches can use in their day-to-day work that may be able to solve these problems is inherently more difficult.

How can our youth soccer coaches do a better job of preparing players for higher levels of play?  In my opinion, we must start with the development of objective standards, to which all coaches can be held accountable, and by which their players’ and team’s performance can be measured and compared to that of their peers.

Developing objective standards for player and team performance must be preceded by the development of objective assessments of different measures of performance.  After enough data has been collected, standards and norms for different levels of play can be determined.  This is the way we at Soccer Fitness have approached fitness assessment data, and over the past 10 years we have developed valid, reliable standards and norms for elite levels of play in male and female youth soccer that include the Ontario Provincial Boys and Girls Teams, the Canadian National U17 Teams, and the Toronto FC Academy teams.

So how can coaches objectively measure and assess player and team performance?  At higher levels of play, equipment and technology such as global positioning satellite (GPS), as well as advanced video analysis software programs, are used to assess performance, but these methods may not be practical or affordable to amateur soccer clubs and academies.

Our Canadian amateur soccer environment requires quick, simple, and efficient assessment methods. Below are three of my suggestions.

This requires nothing more than a simple spread sheet (similar to the game sheets already distributed by game officials to both teams prior to the start of every game) including a list of rows with players’ names/jersey numbers on them, and a column beside each name in which their assessment score can be written.  For simplicity, I would suggest using a scale of 1 to 5, with 1 representing the lowest score and 5 representing the highest score.  Admittedly, this would be a subjective performance rating open to bias towards the subjective opinion of the reporting coach, however, having coaches assess the performance of their opposition as well as their own players will help to eliminate any subjective bias that may occur in these assessments.  Individual players’ performances can then be assessed and tracked over the course of the season, and any trends that may emerge from this data can then be dealt with accordingly.

Among the most relevant and easy to capture statistics to collect during each game are:

Standardising the methods for this data collection would certainly take some work, but if we expect coaches to be able to accurately measure and track their team’s performance during and between games without collecting any data, then we are working under the assumption that coaches can assess performance purely by memory and by their own subjective opinions of what took place in each game.  The reality is that this is a skill not possessed even by the best coaches working in professional and international soccer, let alone the average Canadian amateur club or academy coach.  Collecting data in this way will also serve to get all teams’ assistant coaches and/or managers much more involved in the game, a notable secondary benefit.

Once again, this is something that will take a concentrated effort from coaches and league administrators alike if it is to work.  But competitive leagues already have systems in place to account for game scores, goal scorers, referee decisions like yellow and red cards, etc.  These same systems would simply need to be adapted and updated to include the data taken from team coaches’ subjective (player ratings) and objective (game statistics) reports.

I’d love to hear your opinion on this topic.  Drop me a line here to get the conversation started.

Over the past two weeks, the first and second legs of the UEFA Champions League Quarter Final matches were contested.  In this edition of the Soccer Fitness Gols Video Blog, we discuss some of the top class goalkeeping on display in some of the first leg games, between Juventus and Barcelona, as well as Bayern Munich and Real Madrid. Hope you enjoy it and as always, please feel free to post thoughts and comments!

In the past few years there has been a lot of talk amongst soccer coaches and fitness coaches about the need to prevent late developers from being ignored or “left behind” by high performance soccer teams and programs.  In this edition of the Soccer Fitness Gols Video Blog, we discuss how to identify players’ age of peak height velocity (PHV) which provides an estimate of their developmental age (as opposed to their chronological age), and how this information can be used in talent identification and selection.

In this edition of the Soccer Fitness Gols Video Blog, we discuss CrossFit, a training program that has become popular amongst adolescents and young adults in the past 10 years, and whether or not soccer players should consider incorporating it into their training routines.

Coaching can be a tough job.  Long hours, time away from friends and family on evenings and weekends, travel, and the ever-present stress of the dreaded “soccer parent.”

In spite of all of these challenges, the coaching profession can also be very rewarding – and among the most regarding aspects of the job has to be the experience of watching athletes develop and learn new skills and abilities.

Helping players to learn new motor skills – and specifically, facilitating the change that occurs in the period of time between the initial introduction of these skills to a player, and the same player’s improved ability to execute these skills in a competitive setting – is probably the most exciting and gratifying aspect of the job.

Determining how best to coach players in order to achieve the largest motor learning effect, then, is the greatest challenge for youth soccer coached in Canada.

Among the misconceptions in the educational field are the myths that individuals are either “left-brained” (rational and objective) or “right brained” (intuitive and creative), and they will perform better or worse at certain tasks based on this categorization; and that there are specific “learning styles” (visual, auditory, and kinesthetic) and individuals will learn better and faster if their teaching is done in their preferred learning style.

Unfortunately, as has been pointed out by Psychologist Bradley Busch in his article titled ‘Four Neuromyths That are Still Prevalent in Schools – Debunked’ neither of the above-mentioned myths are backed up by any scientific evidence.

A recent comprehensive literature review by Pashler et al. (2008) concluded that – despite “enormous popularity” of the learning styles approach in the educational systems of various different countries around the world – there is a lack of credible evidence to support the myth that applying different teaching styles to individuals with different learning styles leads to better actual learning.

In fact, the study found that the teaching methods shown to be the most effective for eliciting learning effects were those that involved a combination of teaching styles in a small-to-large group setting.

Thus, based on the evidence, there is no reason to think that teaching needs to be individualised to each learner.  On the contrary, a balanced teaching protocol, including a combination of auditory, visual, and kinesthetic lessons, is the optimal teaching style.

So what does this have to do with soccer and the acquisition of soccer skills?

Ostensibly, the same theory that applies to learning in general, should also apply to the learning of soccer skills.  Soccer coaches, who are the teachers of soccer skills, should do their best to learn and apply the concepts gleaned from scientific research in the field of learning and motor learning, rather than relying on myths, pseudoscience, or out-dated coaching methodology.

As a coach and teacher of the game, the best way to teach is and will always be to use proven, objective, science-based teaching methods.  Just because a proposed methodology – such as the “learning styles” method – seems like it makes sense and would work, does not mean it should be accepted and followed unquestionably.

All teaching methodologies – old or new – should be scrutinized by scientists, teachers, coaches, and anyone else involved in any form of education.  The decision to adopt and follow a specific methodology should only be made after carefully reviewing the evidence about it, as well as its applicability to the specific population it is to be applied to.

The “learning styles” neuromyth should not be considered by educators – including soccer coaches – until it has been proven to be an effective way to teach students and/or athletes.  Youth soccer coaches and fitness coaches should try to incorporate a balanced teaching style, including auditory, visual, and kinesthetic learning strategies, in order to suit the varied needs of every individual and maximize motor learning within their team.

Below is a link to the article referenced above, written by Bradley Busch and published on The Guardian website last week:

I’d love to hear your thoughts about this topic.  Drop me a line here to get the conversation started!

In this next edition of the Soccer Fitness Gols Video Blog, I discuss the importance of carbohydrate intake for optimal performance and recovery in soccer, and why low-carbohydrate diets are not a good choice for soccer players or any other athletes.