In this edition of the Soccer Fitness Gols Video Blog, I discuss the Italian Men’s National Team’s recent failure to qualify for the 2018 FIFA World Cup, following their 1-0 defeat in a 2-leg Play-Off with Sweden.

All three of the reasons I’ve provided as to why I feel Italy failed to qualify for the World Cup are centred around coaching, so I have also provided some suggestions for possible improvements which may be made to the coaching methodology of the Italian team, as well as some take-home messages that all soccer coaches – including those of us who are working here in Canada – can learn from Italy’s recent failure.

I hope you like the video and as always, please feel free to post your thoughts and comments! 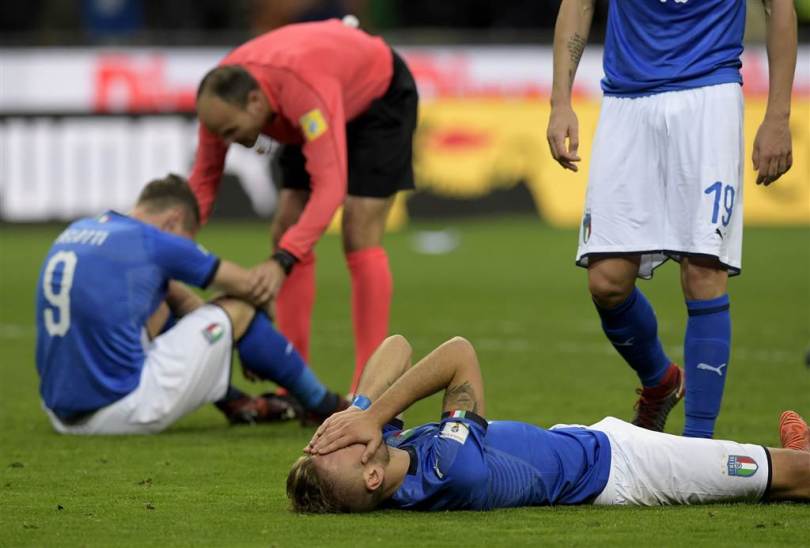 In the past month, Italy (4-time FIFA World Cup champions) Chile (2016 Copa America champions) and the United States (2017 Gold Cup champions) all failed to qualify for the 2018 FIFA World Cup.  Each of these three National teams have had a history of regional and international success, and thus the failure of all three to qualify for next year’s tournament in Russia has been met with equal parts shock, anger, and of course criticism – of everything from the referees, the coaches, and even the so-called “entitled” millennial players.

But is all this criticism being dished out by fans, former players and everyone else in the media warranted, or could it be misguided?  Below is a short list of three things which, in my opinion, every National Team – and its administrators, coaches, players, fans and media – need to stop doing in order to better ensure future World Cup qualification.

Ultimately, the success or failure of any National Team in World Cup qualification must be the responsibility of its leadership – the coaches in the team itself, plus those who work in the top professional clubs, youth academies, and youth National Teams programs.

If these coaches and programs are able to produce talented, resilient, and mentally tough player with the ability to compete and excel at the international level, then the need to provide excuses for not qualifying for the Word Cup will not exist, because in all likelihood, World Cup qualification will have already been secured.